It is clear and blatant that U.S. bureaucrats have added a great amount of pork-barrel funding into the relief bill. But most politicians in America are acting like they scrambled to pass the $900 billion relief package in an effort to address economic hardships.

Ted Cruz (R-Texas) and other Republicans praised provisions of the aid but objected to the circumstance that it was tied to a massive spending bill with unrelated provisions.

“Had this bill been solely focused on re-opening the economy, getting Americans back to work, and jump starting a recovery, it would have had my enthusiastic support,” Cruz said in a statement.

The legislation allocates $284 billion to the Paycheck Protection Program, an initiative that allocates forgivable loans to small businesses affected by the pandemic.

The new legislation will also extend eviction protection through the end of January.

Additional money will be available to live music and theater venues, thanks to a bipartisan push on the part of U.S. Sens. John Cornyn, R-Texas, and Amy Klobuchar, D-Minnesota.

The aid package will also include payments to American citizens in mixed-status families who are married to immigrants who lack Social Security numbers.

Democrats pined for trillions more in spending, and some said they are holding out hope that another round of economic stimulus might come in the new year when President-elect Joe Biden takes power.

Congress gave themselves and all federal employees a 1% pay raise.

The massively sized Covid-19 package will give billions to foreign countries, millions to the Kennedy Center, and more. For example, the family members of unauthorized U.S. citizens will get up to $1,800. There’s even a new law tucked away into the bill that would make illegal streaming a felony offense. The colossal 2.3 trillion-dollar package is the largest ever considered by Congress, so big that the 5,593-page bill had to be transported by a 4-wheel dolly.

While hundreds of thousands of small businesses across the nation have shut down, the new bill approves $89,615,280 for the U.S. Senate to buy new furniture. 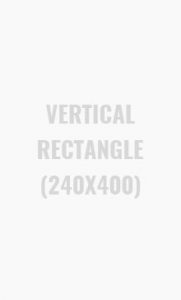