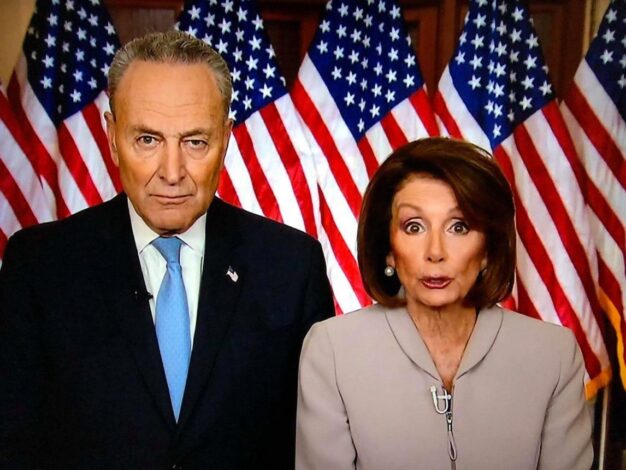 … a wall is an immorality …

However back in 2013, she supported a bill that required the construction of 700 miles of border fencing. 

Mulvaney is referring to the Secure Fence Act of 2006, a bill pushed by the Bush administration that provided $1.4 billion for 700 miles of fencing along the southern border. In 2006, Schumer, along with Barack Obama and Hillary Clinton (who were then senators from Illinois and New York, respectively) voted in favor of the bill.