The claim that 97% of the world’s scientists agree is pretty much the ace of trumps in the whole climate debate. After all, who’s going to argue against a consensus that strong, backed by so many experts. But what exactly are they supposed to agree on? If you look behind the curtain, no one seems sure what the experts actually said. 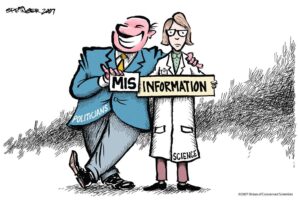 In 2014, his Secretary of State John Kerry said 97% of “the world’s scientists tell us this is urgent.” And that same year, CNN said “97% of scientists agree that climate change is happening now, that it’s damaging the planet and that it’s manmade.”

That’s pretty much what most people think when they hear the 97% slogan: Every scientist believes man-made climate change is an urgent crisis.

But there are millions of scientists in the world. How many exactly were surveyed? When were they surveyed? Who did it? And what exactly did they agree on?

Please take the time to watch this video below, it tackles this question about the 97%.

Biden, who long has been accused by critics of being soft on China, issued a lengthy executive order in which, buried amid matters purportedly designed to combat climate change, was an anomalous and potentially dangerous provision. The provision in question addresses nothing reasonably connected to climate change. Instead, it suspends for 90 days a key security measure put in place last May 1 by former President Donald Trump. Biden’s suspension of Trump’s measure makes not the slightest sense.