Video 2:23mins- Mother of slain Marine says Biden rolled his eyes, was disrespectful to her.

Shana Chappell, the mother of one of the thirteen soldiers killed in the Kabul attack last Thursday, went to Dover Air Force Base, in Delaware, to receive the coffins of her relatives.

President Joe Biden was present during the descent of each of the transported coffins and after meeting Chappell face to face, the woman decided to write him a letter and publish it.

Facebook temporarily deleted Chappell’s Instagram account and, given the rain of criticism for having suspended it, the social network assured that it had been “by mistake” and that it had already been recovered.

President Joe Biden, this message is for you! I know my face is etched in your mind. Yesterday I was able to look you directly in the eye and have a few words with you. After I put my son to rest, you will see me again. Remember. I am the one who was four inches from your face and told you that I will never hug my son again, listen to his laugh and you tried to interrupt me to tell me one of your sob stories. But this is not about you, so don’t do it.

I told you again how you took my son from me and that I will never be able to hug him, kiss him and laugh with him again. You decided to turn and walk and I yelled at you, my son’s blood is on your hands! ». You raised your hands as you walked away from me making a gesture as if to say “ok, whatever.”

You are not the president of the United States! Cheating is not winning! You are not a leader at all! You are a weak human being and a traitor! You turned your back on my son and all of our heroes.

You are going to leave the White House one way or another because you don’t belong there. My son’s blood is on your hands. All 13 of them. If my President Trump were in his rightful position, my son and the other heroes would be alive.

You will see me again soon.

You are nothing special Biden. America hates you. 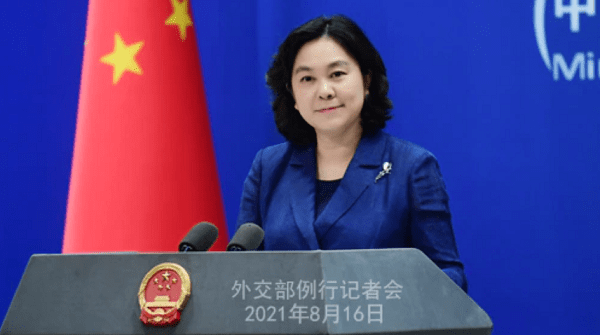